Tribes of the Omo Valley 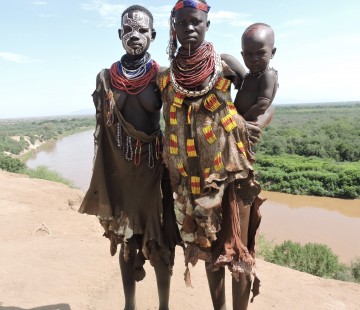 To find out more, add Tribes of the Omo Valley to your list of favourites and let us help you plan your visit.

About Tribes of the Omo Valley

While the tribes who live here are too numerous and too individual to describe here in detail, it would be a serious omission to write about the south without mentioning them. The tribes of the Omo Valley appear to have changed little for eons; the people of each tribe wear their traditional clothes, eat their traditional food and live according to their traditional culture.

The most well known, although not the most numerous, of the tribes is the Mursi, mainly because of their unique custom of slitting the women’s lips and inserting plates into them. Other original customs include wearing intricate masks, painting distinct designs on their skin, and piercing their skin in unusual places.

The Karo are known for their chalky body painting and for placing feathers into piercings in their faces and weaving them into their hair. One of the most popular Karo villages to visit sits atop a cliff overlooking a bend in the river, making for stunning and slightly surreal photos.

The populous Hamar smear ochre over their skin and hair, giving them an orange glow; with jewellery and clothing to denote whether they’re 1st, 2nd or 3rd wife, and numerous behavioural customs, this tribe is conspicuous throughout the south. Young men prove their readiness for marriage by running naked over the backs of lined up bulls and women prove their hardiness by encouraging young men to whip them.

The Konso live in villages of cobbled alleyways and stone houses with an incredible number of customs and practises. They mummify their chiefs using honey, butter and milk, leave them for 9 months, 9 days and 9 hours, then bury them with ostrich egg in their eye sockets. The central square of every village has a swearing stone on which miscreants have to swear their innocence or declare their guilt under threat of death. Young men wishing to marry have to lift the heavy stone in the centre of the village to prove their ability. The people of the tribe wear colourful woven clothing, and farm the inhospitable land around them using intricate terracing systems.

The Dassenach peoples are a nomadic, mostly pastoralist people who pass between Ethiopia, Kenya and Sudan and mix little with the nearby tribes.

Other Highlights In The Southern Region

National Parks of the Southern Region 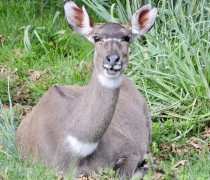 There are several national parks in the south of Ethiopia, all of which were gazetted for a specific reason – whether it was to protect a certain species, or to conserve a habitat, or something else. Bale Mountain National Park is the best known and arguably the most interesting ...

View
Towns of the Southern Region 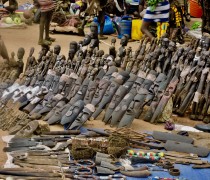 While the towns of the region are few and far between, each has its own distinctive character and feeling. Shashemene is the home of the Rastafarian movement in Ethiopia, and has a Rasta museum and several Rasta bars. This originated when, in 1948, Emperor Haile Selassie gave some of his land ...

View
Tribes of the Omo Valley 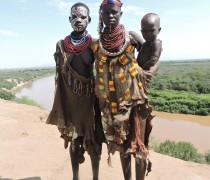 While the tribes who live here are too numerous and too individual to describe here in detail, it would be a serious omission to write about the south without mentioning them. The tribes of the Omo Valley appear to have changed little for eons; the people of each tribe ...

Accommodations Near Tribes of the Omo Valley 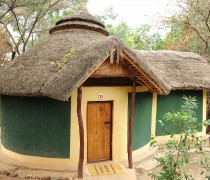 Buska Lodge is in Turmi, home of the Hamar people. The lodge is owned and operated by Dinknesh Ethiopia Tours. The 25 en-suite rooms are made up of singles, doubles and twins. The lodge offers laundry and Wifi, and has a campsite, with thatched shade roof and adjoining bathrooms. The restaurant ... 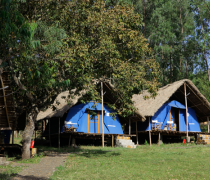 In the heart of the Omo Valley, just outside Jinka, Eco-Omo Lodge is an eco-friendly lodge made up of safari tents. The 20 en-suite safari tents are made up of twins and doubles. All rooms are raised on stilts and have thatched roofs. There are also 8 rooms with shared showers and ...

Turmi is the home of the Hamar people, and the gateway to the villages of the Omo Valley. Emerald Resort and Lodge, also known as Evangadi Lodge, has 32 en-suite twin rooms, furnished with a cupboard, desk and chair. There’s also a campsite in the grounds. The restaurant serves Ethiopian ... 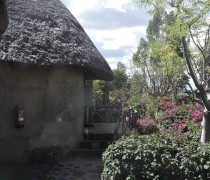 This attractive eco-lodge stands on a peak overlooking the terraced slopes of Konso and the lake below. The 56 en-suite rooms are made up of 29 traditional tukuls and 27 standard rooms. The tukuls are constructed using traditional materials, and are round with thatched roofs. Adorned with local cloth curtains, stone-based beds, and ... 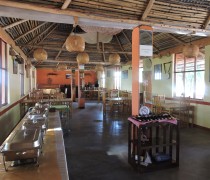 Turmi Lodge named for the town in which it’s located: Turmi, home of the Hamar people. The lodge is owned and operated by Splendor Ethiopia Tours. Turmi Lodge has 34 en-suite rooms, in several blocks spread about the large compound. The spacious rooms all have cupboard, mosquito net, table, chairs, ...

A friendly homestay owned and managed by the Dorze tribe, Dorze Lodge is high on a mountain above the town of Arba Minch, overlooking the lake and valley below. There are 10 en-suite traditional beehive rooms, and 4 traditional Dorze huts, entirely covered by organic materials, with communal bathrooms. All the furniture ... 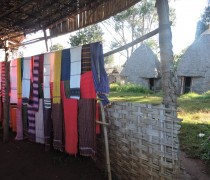 This simple homestay is designed and managed by the Dorze tribe. High on the mountain, the homestay has lovely views on all sides. The 12 round tukuls have walls and roofs of woven bamboo. They can be furnished with 1 or 2 single beds, and a chair. The bathroom block, adjacent to the ... 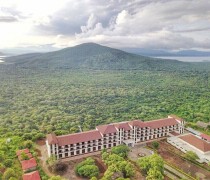