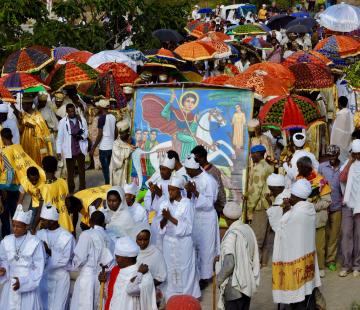 A land of dramatic contrasts, Ethiopia has mountain ranges, low lying deserts, strings of lakes, and a network of major river systems. The country is located in the Horn of Africa, lies about 9 degrees north of the equator and covers an area of 1,100,000km2. Its population is over 102 million, making it the most populous landlocked country in the world, and the second most populous nation in Africa.

Addis Ababa, the capital, is a sprawling city with a population of over 7 million. It’s the centre of the African Union, and the residence of the United Nations Economic Commission for Africa. Founded in 1887, the city is home to people from all regions of Ethiopia and has a growing expatriate population. The Ethiopian Orthodox Church is much in evidence here, with a host of lesser churches, and some greater...(continue)
Read More 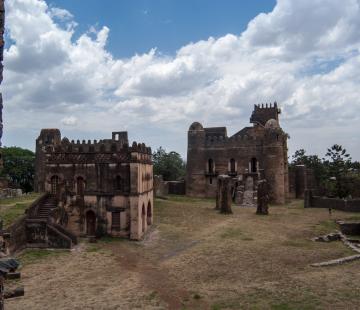 The history of Ethiopia reads like a colourful combination of myth and legend, populated by larger-than-life characters, and extending longer than the histories of other nations. From the earliest evidence of human evolution, through mythical Biblical stories, and including powerful emperors and heroic wars, this country has a history that’s elaborate and spellbinding.

Some of the oldest evidence of early homo sapiens has been discovered in Ethiopia. Lucy, an almost complete skeleton found in the Afar region that can now be viewed in the National Museum, is a 3.2 million-year-old australopithecine, whose finding demonstrated that hominins evolved much earlier than had previously been believed. This and many other discoveries show that hominins have inhabited Ethiopia for as long as anywhere on earth. The more...(continue)
Read More 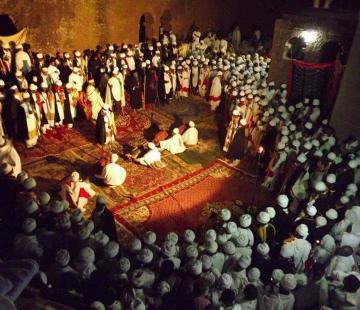 The Ethiopian calendar is filled with interesting and colourful festivals, most but not all of which have their origins in the Ethiopian Orthodox Church. Others commemorate battles, heroes and even the fall of a regime.

Ethiopian Christmas, also known as Genna, takes place on 7th January. Meaning imminent, the festival celebrates the birth of Christ. As in other Christian countries, the festival is predominantly a family event; families get together, pray together and eat together, particularly doro wat. However, there are also some public events such as traditional dancing, candlelit processions around the church, and a game like hockey that the shepherds apparently played on...(continue)
Read More 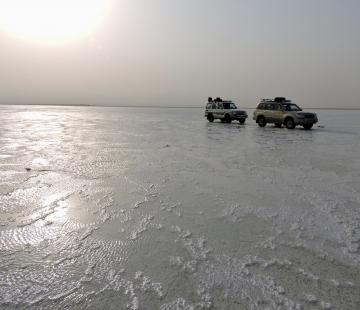 Ethiopia has an area of 1,100,000km2 and lies 9 degrees north of the equator. Ethiopia’s population is over 102 million, making Ethiopia the most populous landlocked country in the world, and the second most populous country in Africa.

Ethiopia’s capital city is Addis Ababa, which has a population of over 7 million. The next most populous cities are Dire Dawa in the east, Mekele in the northeast, Gondar in the north and Bahir Dar in the north. Ethiopia’s altitude varies from over 100m below sea level in the Danakil Depression to over 4,600m above sea level in the Simien Mountains. The temperature largely depends on the altitude:...(continue)
Read More

The currency is the Ethiopian Birr. The international telephone code is +251. The electrical voltage is 220 volts. Plug sockets are 2-pin. Nationals of many countries can get visas on arrival. Yellow fever certificates are required on entry. And more top tips for travellers…

Ethiopia has a cash-based economy. Few hotels, restaurants or shops take credit cards, and at those that do, the machines often don’t work. For any cash that you need, make use of the ATMs when you find them, in the larger towns and at some of the higher-end hotels. Entry fees, and the hire of a local guide, are compulsory at historical and religious sites, and at national parks....(continue)
Read More