A land of dramatic contrasts, Ethiopia has mountain ranges, low lying deserts, strings of lakes, and a network of major river systems. The country is located in the Horn of Africa, lies about 9 degrees north of the equator and covers an area of 1,100,000km2. Its population is over 102 million, making it the most populous landlocked country in the world, and the second most populous nation in Africa. 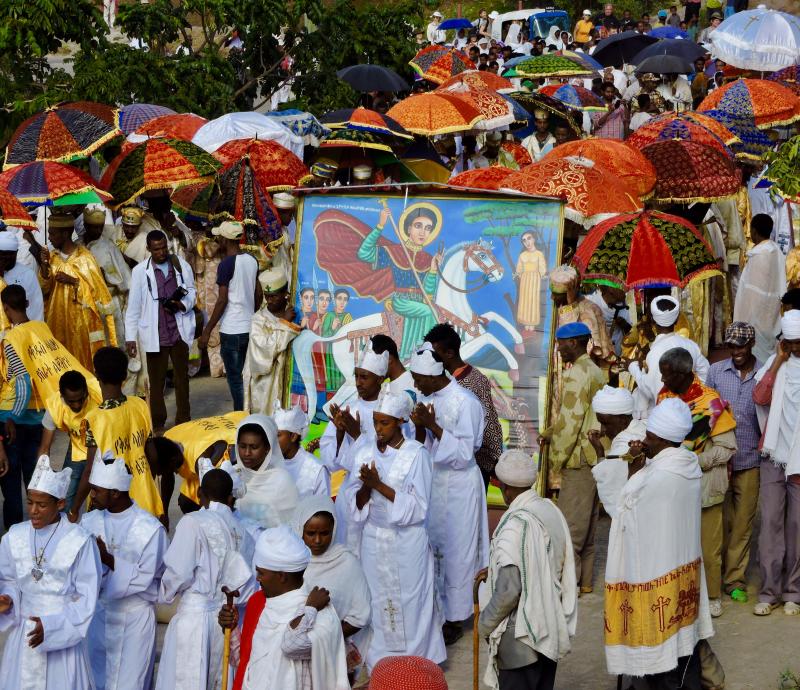 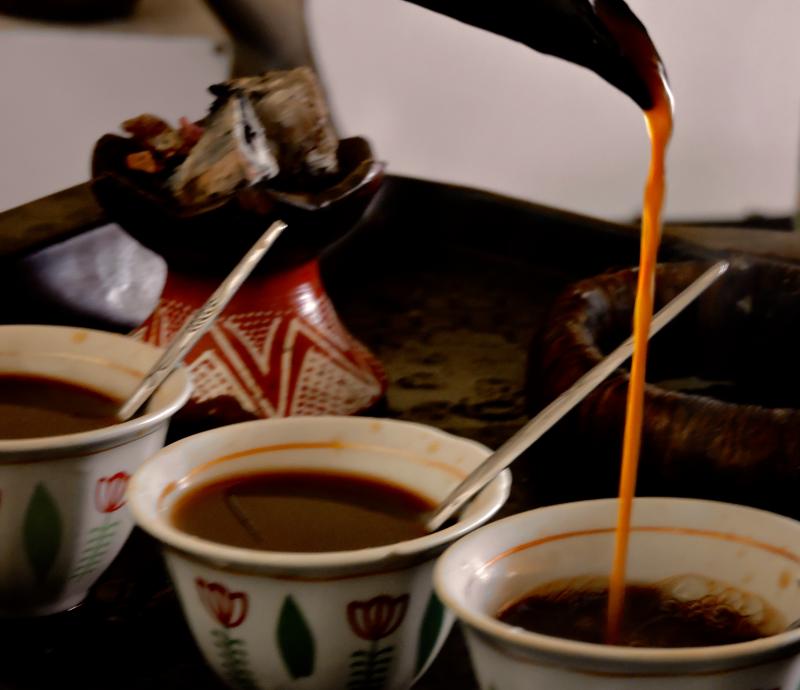 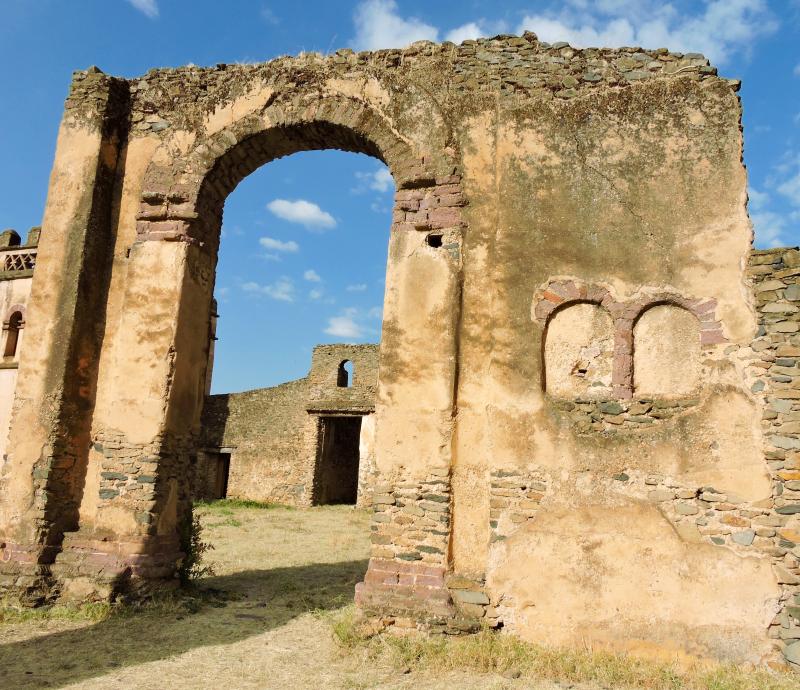 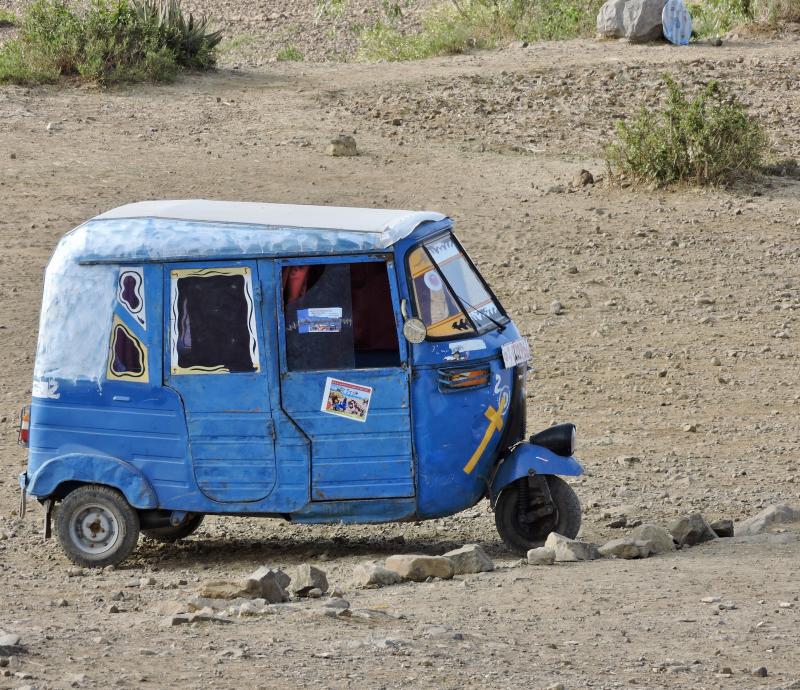 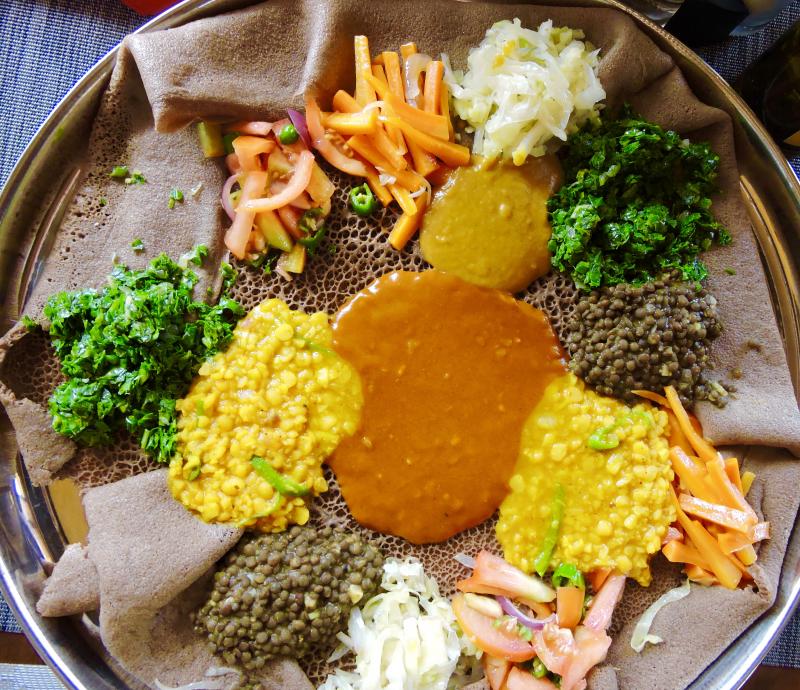 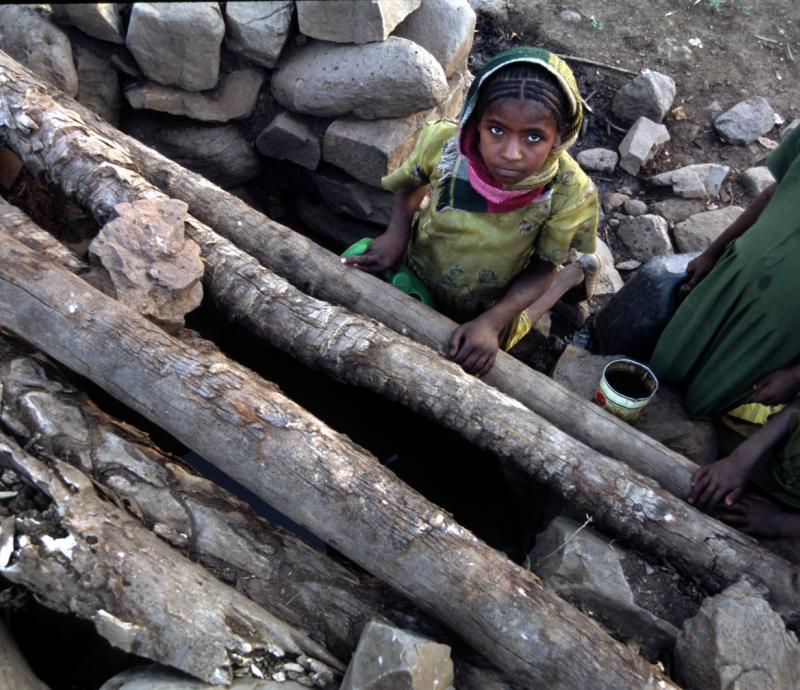 Addis Ababa, the capital, is a sprawling city with a population of over 7 million. It’s the centre of the African Union, and the residence of the United Nations Economic Commission for Africa. Founded in 1887, the city is home to people from all regions of Ethiopia and has a growing expatriate population. The Ethiopian Orthodox Church is much in evidence here, with a host of lesser churches, and some greater ones, notably St George’s Cathedral, founded in 1896 and home to a museum of sacred documents and religious icons, and Holy Trinity Cathedral, the burial place of Emperor Haile Selassie and Empress Menen Asfaw, as well as the famous British suffragette, Sylvia Pankhurst. The National Museum and the Ethnographic Museum house selections of exhibits relating to Ethiopia’s history and people. Other interesting places to visit include Merkato, the largest open-air market in Africa, and the Piazza, the old heart of Addis.

What’s known as the historical circuit is in the north of Ethiopia and contains what are arguably Ethiopia’s most popular sites. Lake Tana, source of the Blue Nile, has a number of monasteries on its shores and islands painted with vivid Biblical artwork. Gondar, known as the ‘Camelot of Africa’, has a stunning collection of ancient palaces, castles and churches. Axum, or Aksum, was the centre of the Axumite Empire, and is known for the stelae constructed around 1,700 years ago. Lalibela, perhaps the most famous site in Ethiopia, is home to the legendary monolithic rock-hewn churches and is a UNESCO World Heritage Site. The region of Tigray has rock churches cut into the tops of towering cliffs; climbing up to them is part of the adventure of visiting the churches. Also in the north of the country are the lovely Simien Mountains, popular for trekking and camping, and known for unusual indigenous wildlife.

Ethiopia’s east includes the Afar region, a dry, dusty and hot area near the border with Eritrea. The Danakil Depression, caused by rifts formed when Africa and Asia moved apart, is both the hottest place on earth in terms of average temperatures throughout the year, and one of the lowest places on earth, lying at 100m below sea level. Highlights include the dramatic and colourful Dallol sulphur springs, a chain of dried up salt lakes, and the lava-spitting Erta Ale volcano. Harar, in the far east of the country, is an attractive Islamic walled city with traditional houses, spice markets and historic museums. Awash National Park, one of the most geologically active regions of the world, has seen volcanoes and shifting rifts between plates for about 40 million years and has lovely waterfalls and therapeutic hot springs.

The south of Ethiopia is best known for its tribes who continue to live according to their ancient customs and traditional ways. These include the Mursi, whose women insert plates into their lips and who adorn their bodies with painting and piercing; the Karo, who use feathers, painting and beadwork to beautify themselves; the Hamar, who use ochre to colour their hair and skin, and whose customs include whipping the women and bull jumping; and the Konso, who farm the mountainous region using intricate terracing and whose villages are mazes of interlinking stone alleys. Bale Mountains National Park, formed of outpourings of lava, is home to high numbers of endemic species; Ethiopian wolf, Big-headed mole-rat, and Mountain Nyala are all found here. Other highlights of the region include Sheshemane, home of the Rastafarians, Hawassa with its bustling fish market, and the chain of Rift Valley lakes, popular with Ethiopians and visitors alike for swimming, boat trips, bird watching and relaxing on the beaches.