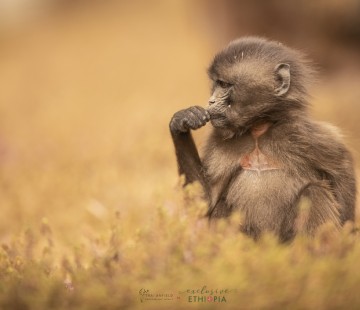 To find out more, add Simien Mountains to your list of favourites and let us help you plan your visit.

Formed before the formation of the Rift Valley, the Simian Mountains were created by an outpouring of lava after a volcanic eruption between 40 and 25 million years ago, while the dramatic escarpment was created by an extended up-thrust that could have happened as much as 75 million years ago. The mountains are a UNESCO World Heritage Site.

The highest peak, Ras Dashen, stands at around 4,500m, and several of the surrounding peaks are over 4,000m, making this the highest mountain range in Ethiopia. The stunning scenery that includes summits, cliffs, waterfalls and rivers has several jaw-dropping viewpoints.

The Simien Mountains National Park, a large section of the mountains stretching across their western side and encompassing the majority of the peaks, has a wealth of different habitats and is home to a number of endemic species. Gelada Baboons, actually not baboons but a genus of their own, are found only in the Ethiopian Highlands, especially the Simien Mountains. The Walia Ibex, also found here, is a critically endangered species of Ibex that lives in small groups and prefers steep rocky terrain. The Ethiopian Wolf, sometimes erroneously referred to as fox or jackal, is Africa’s most endangered carnivore, and is found in the Simien Mountains and, in larger numbers, further south in the Bale Mountains. Around 180 species of birds have been recorded here, including the huge lammergeier that soars over the escarpments and is the only vulture to live entirely on a diet of bones.

The headquarters of the national park is at Debark, around 100km from Gondar. The most popular activities in the mountains are trekking, climbing, game spotting, bird watching and camping. 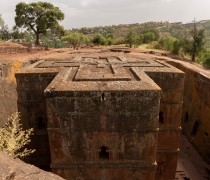 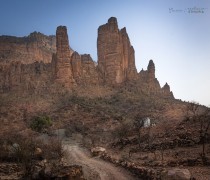 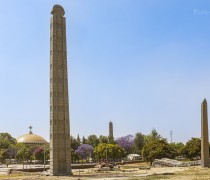 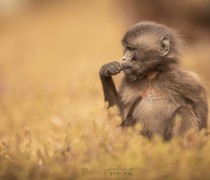 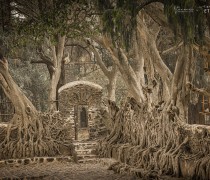 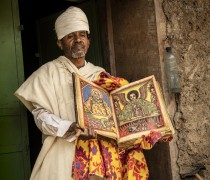 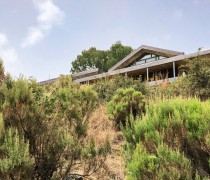 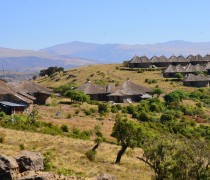 Styling itself the highest hotel in Africa, at 3,260m, Simien Lodge sits on the edge of the escarpment with views that have to be seen to be believed. The 26 en-suite rooms and 2 family rooms are divided between the tukuls – traditional Ethiopian circular buildings – and the main building. All rooms have ... 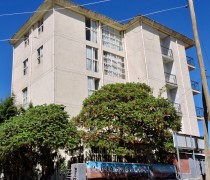